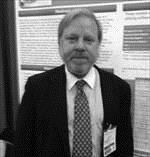 is a graduate of the Johns Hopkins University in Baltimore, Maryland and the State University of New York Downstate Medical Center. He trained in Internal Medicine at Long Island Jewish Medical Center in New Hyde Park, NY. He subsequently moved to California to complete his Residency in Pathology and Fellowships in Surgical Pathology and Nephrology at Stanford University Medical Center. Dr. Schwartz is Board certified in Internal Medicine and Nephrology (1994-2004) and Board eligible in Pathology. He has taught in the past at the Stanford University Medical Center, at the Fort Miley VA Hospital (UCSF teaching hospital) and at Highland-Alameda County Hospital. He has held positions as Chief of Nephrology Services at Providence Hospital in Oakland and as Co-Director of the Acute Dialysis Unit at Samuel Merritt Hospital and Merritt-Peralta Medical Center, and is Co-Medical Director of the Walnut Creek Dialysis Unit. Dr. Schwartz developed his interest in metabolic bone disease through his experience in treating renal dialysis patients with complications associated with renal osteodystrophy (now Chronic Kidney Disease – Metabolic Bone Disease [CKD-MBD]) and interest in osteoporosis through consultations for orthopedists with patients with bone problems. He is one of few physicians on the West Coast who performs double tetracycline-labeled metabolic bone biopsies in clinical practice.

He has also served on numerous committees and task forces for the International Society for Clinical Densitometry (ISCD) over the last fifteen years, as well as having been a past treasurer. He presently serves as a Regional Representative and is an instructor for the Physician ISCD Bone Densitometry Course (now, Osteoporosis Essentials) (since 1999) and VFA (since its inception) course. He is experienced with Hologic densitometers (since 1986) and with Lunar DPA/SPA (1983-86) and GE Prodigy since 2001. In April, 2013, he was appointed Assistant Clinical Professor in the Division of Nephrology of the Department of Medicine at the University of California, San Francisco, where he will be consulting at the Skeletal Health Clinic at the Orthopaedic Institute.