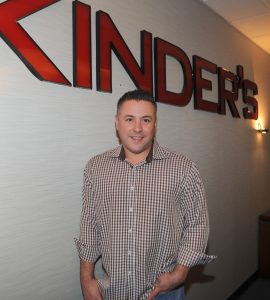 Born in Walnut Creek, California, on April 6, 1978, Joe Rainero has resided in the Bay Area most of his life. After graduating from Point Loma University in San Diego with a double major in Organizational Management and Business Administration.

In 2004, Rainero was a member of the merger and acquisition team which ultimately sold BlueHornet to a Digital River Inc, and e-commerce software company.

In 2002, Rainero and a friend purchased Kinder’s trademark and franchise rights from the Kinder family. Over the next six years, Kinder’s meat markets and restaurants expanded from 2 to 15 locations. Rainero decided that the restaurants were not callable on a National Level. In an effort to expand the brand, Rainero sold all Kinder’s restaurants and in February 2008, he acquired all retail rights for all Kinder’s product and intellectual property.

Rainero is the CEO of Kinder’s and the CEO/Founder of Ignite Farm or “IF”. IF is a small Private Equity Fund based on seed funding for start-ups in the Digital and Consumer Packaged goods market places.

Rainero is an avid sports fan and enjoys golf and traveling. Rainero enjoys working with entrepreneurs to help them manage the individual challenges they face.