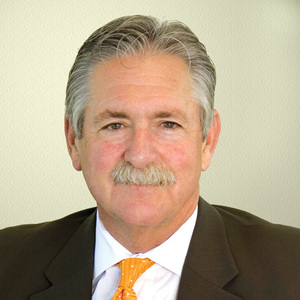 James Falaschi, a native of the East Bay, is a Partner at Jack London Square Partners, the Master Developer of Jack London Square, and the current President of Transbay Holding Company in Oakland, California. At Transbay Holding Company, he is the Principal in charge of property development for this real estate holding company which owns office buildings and office parks in the East Bay and San Francisco Bay Area.

Mr. Falaschi remains very involved in the community as the current President of the San Francisco Bar Pilots Commission Board, Chairman of the Alameda County Office of Education Foundation and Vice Chairman of the Alameda County Economic Development Alliance for Business. He also serves as a Board Member of the Summit Bank Foundation and is a Trustee for Holy Names University.