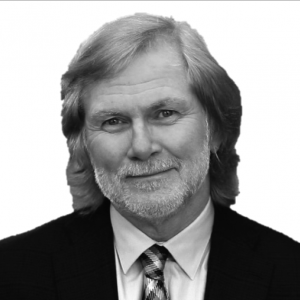 is Director of the UCSF Helen Diller Family Comprehensive Cancer Center. Prior to joining the UCSF faculty, Dr. McCormick pursued cancer-related work with several Bay Area biotechnology firms and held positions with Cetus Corporation (Director of Molecular Biology, 1981-1990; Vice President of Research, 1990-1991) and Chiron Corporation, where he was Vice President of Research from 1991 to 1992. In 1992 he founded Onyx Pharmaceuticals, a company dedicated to developing new cancer therapies, and served as its Chief Scientific Officer until 1996. At Onyx Pharmaceuticals, he initiated and led drug discovery efforts that led to the approval of Sorafenib in 2005 for treatment of renal cell cancer, and for liver cancer in 2007, and the approval of ONYX-015 in 2006 in China for treatment of nasopharyngeal cancer. Sorafenib is being tested in multiple indications worldwide. In addition, Dr. McCormick’s group led to the identification of a CDK4 kinase inhibitor. Dr. McCormick’s current research interests center on the fundamental differences between normal and cancer cells that can allow the discovery of novel therapeutic strategies.

In addition to his position as director of the UCSF HDFCCC, Dr. McCormick holds the David A. Wood Chair of Tumor Biology and Cancer Research in UCSF’s Department of Microbiology and Immunology. Dr. McCormick is the author of over 285 scientific publications and holds 20 issued patents. He also served as President, 2012-2013 for the American Association for Cancer Research (AACR). More recently, he has taken a leadership role at the Frederick National Lab for Cancer Research, overseeing an NCI supported national effort to develop therapies against Ras-driven cancers. These cancers include most pancreatic cancers, and many colorectal and lung cancers, and are amongst the most difficult cancers to treat.