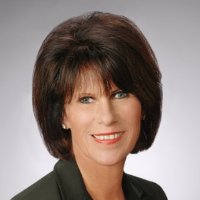 Susan Casper was a Market Manager in the Bay Area for Herman Miller, a global furniture company who provides office solutions for corporate environments. Prior to this position, Susan spent the previous 13 years as a Sales Leader for furniture dealerships in both Minnesota and California.

Susan is presently associated with various furniture industry organizations such as IFMA and IIDA. Also a Member of The 100 Club, as well as the Honorary Deputy Sheriff’s Association.
She resided in the East Bay with her husband of 32 years, Pro-Football Hall of Famer, David Casper. They have three children, Keleigh, Carrie and Andy.

In the spring of 2013, Susan and David Casper moved back to Minneapolis, MN. after living 13 years in the Bay Area. This was actually their second tour in California after spending time there when David was playing with the Oakland Raiders in the 1970’s. Susan retired from Herman Miller in October 2017 after many years. They visited friends in Stuart, Florida during the winter of 2019 and fell in love with the beauty of this town, surrounded by the Atlantic Ocean and the Intercostal waterway.

Susan and David relocated shortly thereafter from Minneapolis to Stuart and are enjoying their condo on the Intercostal where Susan spends a lot of time playing pickle ball, jet skiing, fishing and boating with her husband, among other activities. Susan says that they are fortunate to be in a very close knit community where they have made many good friends.

Susan is very committed to the Summit Bank Foundation, having been on the Board of Directors for 18 years and continue to work on the charitable events to raise money for the Community causes which the Foundation supports year after year.