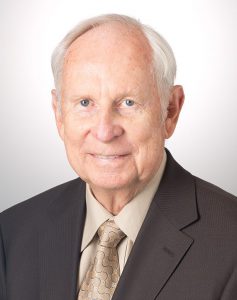 Mr. Ruegg, a native of the Berkeley area, graduated from University of California Berkeley in 1961 with a BS in Business Administration and has been working as a real estate professional ever since. He is the broker of record for Commercial Lessors, Inc., a company he co-founded with a fellow Berkeley classmate over 40 years ago.

Mr. Ruegg is an active member of the Berkeley business community and has held Board positions for several organizations including Berkeley Chamber of Commerce where he served as the President from 1990-1992. He is a former Director (1984-1988) and President (1987) of the Berkeley Association of Realtors and a past Director and Treasurer for the Oakland Board of Realtors. As a member of the California Association of Realtors, he has served terms as the Director (1980-1988) and Vice Chairman of the Finance Committee (1983, 1984).

Mr. Ruegg continues to reside in the Berkeley area with his wife and has three children.